NZ Protein's Thermogenic Fat Burner powder is a potent supplement that's formulated to help you get in the fat burning zone in three ways:

This product has been formulated to have prior to exercise and/or sipped from a drink bottle during the day. Do not exceed two servings per day. The key to fat loss is burning more calories than you consume. Combining good nutrition and intense training with NZProtein's Fat Burner supplement can be highly effective for shredding fat and getting in your best shape. It can also help you get there faster by giving you the power to push harder in your workouts.

Speeding up your metabolic rate results in more calories burnt. NZProtein's Fat Burner supplement contains ingredients that are reported to have a thermogenic effect that increases metabolism and aids fat burning.

Maximise the effectiveness of this product by getting a workout that's catered to maximise fat burning, taking measurements, eating more protein, staying hydrated, and getting enough sleep. See our blog article for more information on fat loss.

Cayenne is red pepper from the Capsicum Annuum plant, originating from south America. It's bioactive ingredient is capsaicin which gives it the spicy taste and is a thermogenic chemical. Cayenne extract contains the bioactive ingredient at much higher levels than regular cayenne powder.

Continued use of capsaicin has been found to increase fat oxidation. Fat oxidation is when the body metabolises fat to energy.

Capsaicin has therefore been shown to increase metabolism, decrease appetite and feelings of hunger, leading to a reduced fat and energy intake. Cayenne extract is a more potent form of this bioactive ingredient. 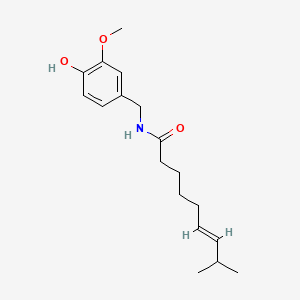 Garcinia Cambogia contains Hydroxycitric Acid (HCA) which is an active ingredient that has been linked to weight loss.

Studies of fat loss using HCA vary but supplements with HCA levels of 50-60% may have the most benefits.

This study found that garcinia cambogia reduced fat accumulation around the belly of those overweight. It may also inhibit the citrate lyase hormone which is involved in the production of fats. Studies have shown that it may reduce blood fat levels in the body and oxidative stress.

Garcinia cambogia may also reduce appetite and give feelings of fullness by increasing levels of serotonin in the brain. 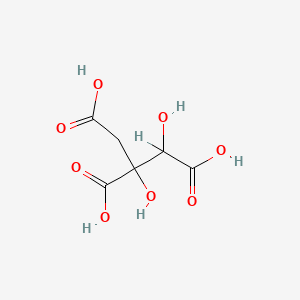 L-Carnitine is an amino acid that plays several roles within the body, one being to metabolise fat to energy.

It does this by assisting the transfer (or "shuttling") of fatty acids from the blood into the mitochondria where they can be oxidised ("burned") to produce energy. As carnitine may help to burn fat, it may also assist in weight loss.

In addition, L-Carnitine is reported to transport toxic products out of the mitochondria. 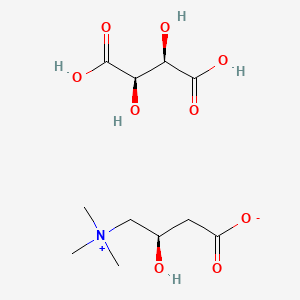 Vitamin C is an essential dietary vitamin and antioxidant and for the purposes of this subject, is involved in a number of bodily processes including protein metabolism and the biosynthesis of carnitine.

Individuals with low levels of vitamin C burn 30% less fat during moderate exercise than those with sufficient levels. Therefore those who not obtain enough vitamin C from their diet can be more resistant to fat loss.

Vitamin C also plays a role in the biosynthesis of collagen, which forms connective tissue and plays a key role in the healing of wounds. 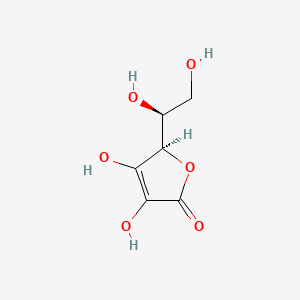 Caffeine is reported to primarily help you lose weight in two ways:

By Boosting Metabolism - Ingesting caffeine jumpstarts the process of lipolysis, which is when your body releases free fatty acids into the bloodstream. This occurs when your body is breaking down your fat stores to convert it into energy. In other words, caffeine boosts your metabolism slightly and helps you burn fat.

By Giving an Energy Boost - caffeine is a stimulant. It increases alertness and wards off drowsiness temporarily, which means that you can perform certain tasks for longer. However, this isn't just limited to mental tasks - this includes physical tasks as well, such as running or lifting weights. This means a little shot of caffeine may give you the energy you need to give 100% during your workout. And giving 100% in the gym means you may get the results you want more quickly. 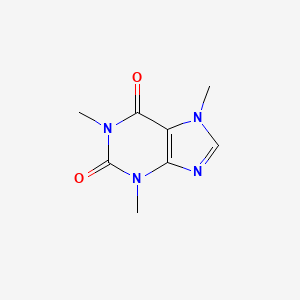 Chromium is a trace element that must be obtained from the diet. It plays roles in the processing of carbohydrates and nutrients through the hormone insulin.

Studies have found that it has a role in the regulation of food intake and may help to reduce food cravings, binge eating and hunger.

It has not been linked directly to weight loss but rather, most of the benefits are associated with the reduction in food cravings. 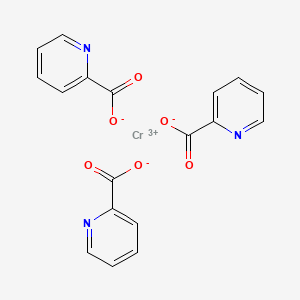 Green tea contains a unique and potent class of antioxidant known as catechins. One specific type of catechin is Epigallocatechin Gallate (EGCG) and this has metabolism boosting properties.

Green tea also has naturally occurring caffeine and it is believed that EGCG and caffeine have a synergistic effect.

Studies have shown that green tea leaf extract supplementation helps to boost metabolism by burning 3-8% more calories per day, and with fat burning especially during exercise. 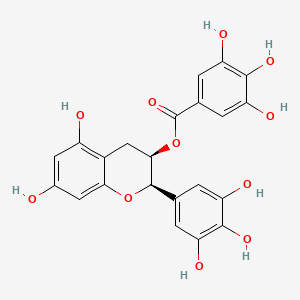 The production of these hormones may help to affect mood and performance in stressful conditions. Overall it's a brain boosting amino acid and has been suggested that it can therefore help with intense exercise. 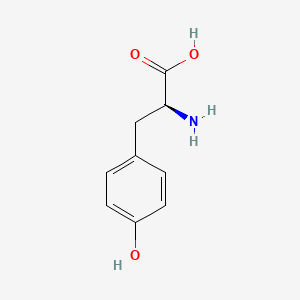 Piper Nigrum is black pepper and contains piperine, the bioactive nutrient that has been found to increase absorption of nutrients within the body.

Studies have shown that it increases the bioavailability of EGCG (from green tea leaf extract), vitamin C and other nutrients. It has therefore been added to maximise the effectiveness of these nutrients within this product. 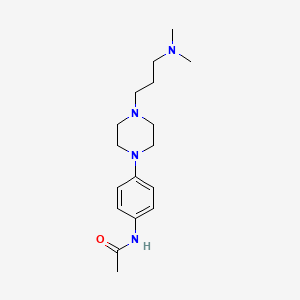 Mix 5 grams (one scoop) in 200-300ml of cold water in a shaker, depending on desired taste. Take before exercise. To maximise results take a second serving in the morning before food. Do not exceed two servings per day. Adults 18+ only. Not suitable for pregnant or lactating women.

Place a Review on this product

I have ordered Whey protein already which i found good.
But this fat burner is hasn't found working at all for me . I am regular gym going person and train hard ( weight lifting and cardio) This hasn't helped me to shed off anything. I am not expecting results without doing hitting the gym and workout but when its called FAT burner it should help to shed of FAT at least ,not aiming or expecting weight loss with this.
I have used other companies FAT burners which has really worked for me.I think i should stick to those which i always use. My friend has recommenced this product which hasn't worked for me.
Taste wise its good but result wise its not up to the mark. I would never suggest this to anyone who wants to shed off fat or weight.Not happy with this product.
Review by: Shivani on Wed, Sep 9, 2020 1:16 PM
Really yum!! I have this in the mornings and I’ve noticed it gives me an energy boost. Has helped reduce my coffee intake. And I’m not as hungry throughout the day. Highly recommend.
Review by: Lebs on Thu, Sep 3, 2020 8:43 AM
Amazing kick! TBH I only use half a scoop if I workout after 12pm as the buzz is really strong. I add it to my water and sip on it during my workout. It is super thermogenic, so get ready to really sweat!
I am really happy with this product as it also works as pre-workout. And the taste is really nice. Will buy again for sure.
Review by: Linda on Tue, Aug 25, 2020 7:21 AM
Great taste
Review by: Anonymous on Fri, Jul 3, 2020 9:18 AM
THE best tasting product on here, I fill up a whole 600ml big drink bottle with one serve and its great!
Review by: Anonymous on Thu, May 7, 2020 4:53 PM
My partner and I have been using this for about a week now and so far it’s been working amazing! Haven’t noticed much change in our bodies but definitely has suppressed our appetite and the amount of snacking we do! Would highly recommend so far on our journey! It also tastes amazing! Quite sweet but so tasty!
Review by: Anonymous on Mon, Apr 13, 2020 10:09 AM
It's bloody tasty, effective also, I just bought it bc the preworkout that you guys sell has creatine, but the fat burner as a pre workout works fine
Review by: Andrew on Fri, Feb 7, 2020 5:12 AM
WoW - HIGHLY RECOMMEND - this is awesome before a workout - gives you so much more "get up and go" and not bad tasting. Extremely fast delivery.
Review by: Bernadette on Wed, Jan 15, 2020 7:56 AM
Tastes really good and it does the perfect job at suppressing my appetite. I love it!!
Review by: Anonymous on Mon, Jan 13, 2020 9:39 AM
just started so no real effects yet. have notice that my cravings for eating is reduced by half of what I usually eat. look forward to seeing the results after the tub is finished
Review by: Anonymous on Sat, Jan 4, 2020 2:32 PM
Yummy.
Review by: Sheryl on Mon, Dec 16, 2019 5:06 AM

Click on a flavour to see the nutritional information.

WHICH PROTEIN IS RIGHT FOR ME? With 100ml capacity and a carabiner keychain.